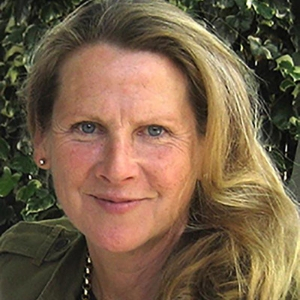 Ryan Phelan is Co-founder and Executive Director of Revive & Restore, a nonprofit organization with a mission to enhance biodiversity through the genetic rescue of endangered and extinct species. Ryan works with some of the world’s leading molecular biologists, conservation biologists, and conservation organizations to develop pioneering genetic rescue projects. The goal is to use cutting-edge genomic technologies to solve previously intractable wildlife conservation challengers such as those posed by inbreeding, exotic diseases, climate change, and destructive invasive species.

Since the inception of Revive & Restore in 2012, Ryan has brought together diverse groups of scientists and conservation practitioners in a series of meetings and workshops to advance the field of genetic rescue. The first of these was the 2013 TedXDeExtinction meeting, which explored the idea of reviving extinct species and re-introducing them to the wild. For the 2016 IUCN World Conservation Congress, she organized the first significant workshop on genetic rescue, with both a public and a private event.

In 2017, in partnership with Australia’s Commonwealth Scientific and Industrial Research Organisation (CSIRO), Ryan organized the “Engineering Resilience” workshop, which was modelled on Revive & Restore’s highly successfully “New Genomic Solutions for Conservation” workshop in 2015.

Ryan is a serial entrepreneur, active in both the for-profit and nonprofit worlds. She was the founder and CEO of two innovative healthcare companies: DNA Direct, the first medical genetics company to focus on bringing personalized medicine to the consumer, and Direct Medical Knowledge, a consumer health web site unique for its content depth and innovative search interface.