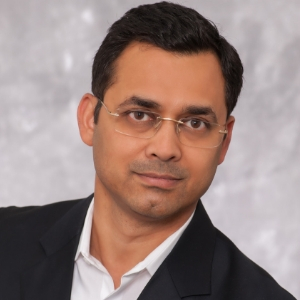 Pulakesh Mukherjee joined BASF Venture Capital in 2009 and is based in Silicon Valley, California, USA.

He began his career in 2002 in Polymer Research at BASF in Germany where he was responsible for development and scaling up of novel water-based polymers. After his stint in research he joined the Intermediates Division and was delegated to Asia where he was Head of New Business Development of the Intermediates Division as well as responsible for marketing and sales of specialty chemicals for the Pharmaceutical Industry. Pulakesh has international expertise in research & scale-up, marketing, sales and business development.

He received his PhD from Stanford University, USA and has published in peer-reviewed journals and has co-authored more than 20 patents. Pulakesh represents BASF in the Board of its portfolio companies as either director or observer.  He also serves as advisor at the NREL VC Advisory Board and Stanford Energy Club among other advisory roles.