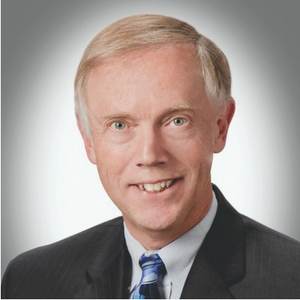 Mr. Fischer-Colbrie became president and CEO of Labcyte in September 2008. He has more than 30 years of experience in launching novel diagnostics, medical devices, therapeutics and high technology for growth companies, building from start-up through IPO and into high revenue levels.

Prior to joining Labcyte, Mr. Fischer-Colbrie was senior vice president of finance and administration and chief financial officer at Adeza Biomedical Corporation, a women’s health care start-up company, which went public in December 2004. The company was subsequently sold for $450 million. During his tenure at Adeza, Mr. Fischer-Colbrie was the inventor on 4 patents and 6 patent applications and led the business development function for three years. Mr. Fischer-Colbrie was senior vice president, finance and administration and chief financial officer for nearly nine years at a startup vision correction company that subsequently went public. Earlier in his career, he held several positions including vice-president, finance, corporate controller and advanced technology business manager at a manufacturer of disk drives that grew from a start up to $1.2 billion in revenue and also went public.

Mr. Fischer-Colbrie holds a B.A. from Stanford University and an M.B.A. in Marketing and Finance from the University of California at Berkeley. He is currently Chairman of the Board of the Juvenile Diabetes Research Foundation (JDRF). Mr. Fischer-Colbrie is also a board member of the Analytical, Life Science & Diagnostic Association (ALDA), an industry association. He was honored to be selected as National EY Entrepreneur Of The Year™ 2013 Life Sciences Finalist and Northern California EY Entrepreneur Of The Year™ 2013 Life Sciences Winner together with Rich Ellson, Labcyte CTO.