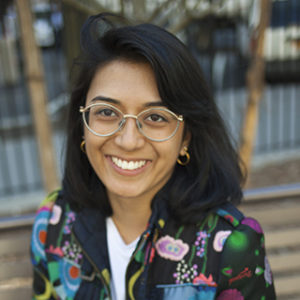 Isha has been pioneering the field of cellular agriculture since 2009, when she began a deep-dive investigation into the technical challenges and opportunities involved in producing cultured meat. In 2010 Isha published “Possibilities for an in-vitro meat production system” in the food science journal Innovative Food Science and Emerging Technologies.

She quickly discovered that cellular agriculture research was not held back by a lack of interest or expertise, but instead by a lack of designated funding channels directed at this intersectional work. Thus began her quest to establish the field of animal products made without animals, one recognized by researchers, funding agencies, and investors.

A stint in Policy and Public Affairs at GlaxoSmithKline illuminated the cooperative relationship between non-profits, academia, and companies in translating beneficial science out of the lab and into society. Isha has used a model established in the advancement of medical research to accelerate cellular agriculture, by funding early stage, foundational research in academia in order for ready-to-market technologies to be developed for commercial use.

Isha enjoys rooftops, houseplants, long walks through the city, and the freedom of not owning a car.