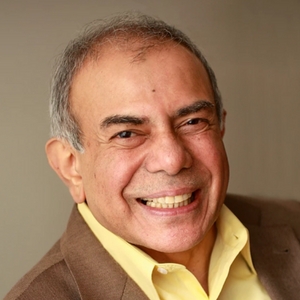 Dr. Kishore has a distinguished track record of accomplishments in biotechnology research and development and business. He left DuPont in 2007 where he was Chief Biotechnology Officer to join Malaysian Life Science Capital Fund (MLSCF) as its CEO and later cofounded Spruce Capital Partners in 2013.

After receiving a PhD in biochemistry from Indian Institute of Science, Dr. Kishore received postdoctoral training in chemistry and biology and also served as a Robert A Welch Fellow at The University of Texas at Austin. He then joined Monsanto Company as a Senior Research Biochemist, responsible for developing processes for the synthesis of Aspartame, the active ingredient of NutraSweet and Equal. He was named a Distinguished Science Fellow, the highest honor bestowed upon scientists who have made outstanding contributions to the company but also the scientific field in general, and Assistant Chief Scientist of the company.

He also won the Queeny Award, a prize given by Monsanto in recognition of his contributions to the development of Roundup Ready technology. In addition to his personal contributions as the leader of Plant Sciences Research at Monsanto, his team developed and commercialized most of the agribiotech products that are in the market today. He played a pivotal role in the transformation of the chemical company into a life sciences company and led the charge on a series of investments in the genomics technologies within the company. He retired from Monsanto after serving as Chief Biotechnologist and President of its Nutrition and Consumer Products division.

In 2002, Dr. Kishore joined DuPont as the Chief Technology Officer for its Agriculture and Nutrition Platform and took over the role of Chief Biotechnology Officer for the company in 2005. During his tenure at DuPont, he guided the acquisition of several key technology companies and relationships which bolstered the biotech competence within the organization.

Dr. Kishore is an entrepreneur and has cofounded three successful entities since 2002. Two of the three entities are now parts of publicly traded entities (Tata/Rallis in India and Evolva in Switzerland) while the third business entity (Mogene LC in USA) serves both as an incubator of new ideas as well as a provider of genomic services across agriculture, healthcare and the environment. He serves on the board of three publicly listed entities, three privately held companies and the Advisory Board of Washington University. He is also an advisor to multinational companies and Scientific American.

In 2015, Dr. Kishore was named to the WorldVIEW 100 list as one of the most influential people in biotech today.

In 2016, The Biotechnology Innovation Organization (BIO) presented Dr. Ganesh Kishore the first annual BIO Leadership and Legacy Award, which honors those who have left a lasting impression on the industry and whose legacy will endure the test of time. This award is dedicated to all who have left and continue to leave their mark in the field of industrial biotechnology.