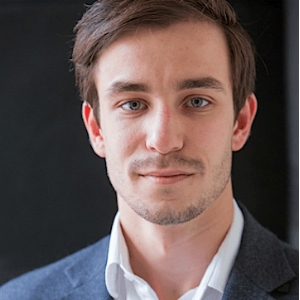 Edward Perello serves as Principle of Arkurity, and has expertise in genome editing and synthetic biology, public communications, biotechnology commercialisation and biosecurity policy.

His research interests include the governance and policy of biotechnology, in particular, the oversight of human genome editing, non-state use of biological weapons, and the development of appropriate governance frameworks for conservation biotech.

Edward is a Johns Hopkins Center for Health Security ELBI Biosecurity Fellow and a SynBio LEAP fellow. He currently serves as CBO of Desktop Genetics, a CRISPR biotech company he co-founded in London. He previously worked for the EU Science and Technology section in Washington DC, and on the national implementation team at the arms control charity, VERTIC.

Edward currently serves on the IUCN Taskforce on Synthetic Biology and Biodiversity Conservation, formerly co-chaired the iGEM software track, and was the UK Ambassador for Hello Tomorrow. In 2017 he was listed on the Forbes 30 Under 30 in Tech in Europe and nominated to the Kairos 50. Edward holds a BSc in Bioveterinary Science from London’s Royal Veterinary College and an MPhil in Bioscience Enterprise from the University of Cambridge.