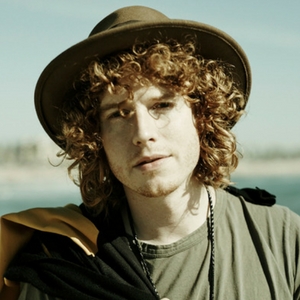 D.A. Wallach is a recording artist, songwriter, investor, and essayist who Kanye West and Pharrell Williams discovered while he was an undergraduate at Harvard College. He has been featured in GQ, Rolling Stone, Vogue, and numerous other publications, and has toured with N*E*R*D, Lady Gaga, and Weezer. D.A. has also performed on TV Shows including Jimmy Kimmel Live and Late Night with Jimmy Fallon.

As one half of Chester French, D.A. has released three full-length albums, and  has written and performed on records with Janelle Monae, Rick Ross, Diddy, and many others. His solo debut for Capitol Records, Time Machine, is available at: www.TimeMachineAlbum.com

Beyond music, D.A. invests in and advises several start-up technology companies, including SpaceX, Doctor On Demand, Ripple, Emulate and Spotify, where he was the official Artist in Residence. Forbes selected D.A. as one of its 30 Under 30 and Fast Company named him one of the 100 Most Creative People in Business. In 2015, he launched Inevitable Ventures, an investment partnership with multibillionaire Ron Burkle that supports radical entrepreneurs in areas including health care, the life sciences, and financial technologies.

In 2016, D.A. made his feature film debut in La La Land, which won a record number of Golden Globe Awards and received 14 Academy Award nominations, making it one of the 3 most nominated films in history. He frequently publishes essays on media, technology, and philosophy at www.dawallach.com and www.medium.com/@dawallach.