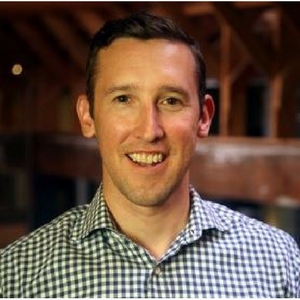 Charles’s career has focused on building and leading teams at emerging growth companies in the life sciences and biotechnology sector. He has deep expertise in general management and leading strategic transactions, with over $1 billion of completed transactions ranging from public and private financings to joint ventures, licensing and M&A. Most recently, he served as Senior Vice President of Corporate Development at TerraVia Holdings, Inc. (formerly known as Solazyme, Inc.) where over an eight-year period he led financings and a range of other strategic transactions, including two venture capital rounds, the initial public offering, two public convertible debt issuances, and project financing for the construction of a commercial scale manufacturing facility in Brazil. In addition to his corporate development responsibilities, he served as Acting General Manager of Solazyme’s personal care business in 2009 and under his leadership and recommendation the company shifted its strategy to commercializing a branded consumer product from selling solely active ingredients for personal care. Today, the Algenist™ skincare brand is sold in over 2,000 stores worldwide including Sephora, Ulta, and Nordstrom, as well as through QVC. In 2016, Charles led the spin-off and sale of Algenist to Tengram Capital Partners. Prior to Solazyme, Charles was the General Manager of Geron BioMed, Ltd., a wholly-owned subsidiary of Geron Corporation. Geron Bio-Med focused on developing preclinical cell therapy candidates; as well as out-licensing nuclear transfer (cloning) technology. He first joined Geron in 2000 in corporate development. In addition to financings and strategy, Charles was also focused on out-licensing intellectual property for Geron’s telomerase-based technology. Charles began his career as an investment banker at Peter J. Solomon Company where he advised clients on mergers, acquisitions, financings and other strategic matters. Since 2008, Charles has remained active in his community as an Operations Leader with the Bay Area Mountain Rescue Unit, the mountain search and rescue team of the San Mateo County Sheriff. Charlie earned his MBA from the Stanford Graduate School of Business and his BA from Columbia University.