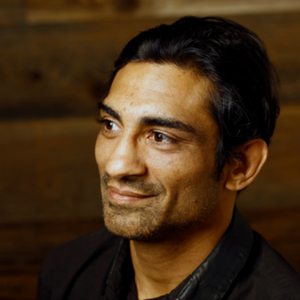 Managing Director and Founder of IndieBio. General Partner at SOSV

Arvind founded IndieBio, the world’s largest biotech program based seed fund. Using a blend of scientific method and design thinking Arvind and the IndieBio team funds startups that can impact over a billion people or address markets over a billion dollars.

Beginning his professional life as an options market maker in the Pacific Coast Exchange in the Microsoft pit, Arvind left trading in search of a career with deeper meaning. Arvind set out and discovered design when IDEO hired him. As a design director of product development and strategy at IDEO, he led the team that designed the Samsung Galaxy Curve, amassed 8 patents, received many international design awards and moved to Shanghai to build the Asia product design team.

He is a regular speaker at TEDx, TechCrunch Disrupt, Slush conference, Startup Iceland and SFMOMA among others. His writing appears in Nature, Rotman, Forbes and Design Observer. He has been awarded 8 US Patents and has had his work in the SF Museum of Modern Art.

Arvind received his B.S. in Genetic Engineering from UCSB and studied Industrial Design at SFSU.

Arvind is married with two daughters. He is 2016 world champion in No Gi Brazilian Jiu-Jitsu, has climbed El Capitan and other big walls, was a BASE Jumper and big wave surfer. He is currently trains MMA and BJJ.